When your spa sits on the patio, it’s pretty intact in itself. The walls are typically stapled or drilled together and the inside of that spa, between the fiberglass shell and the outside walls is damp packed with foam and insulation, embedded with the pipes and hoses that carry water and air throughout the spa itself. so was happens when there’s some water loss issues forming and we don’t see them?

Some blogs have posted that you need to remove the walls of your spa and look for wet insulation inside of it. those people who say that are absolutely nuts! We cut a spa in half to show you what you’ve got in there. 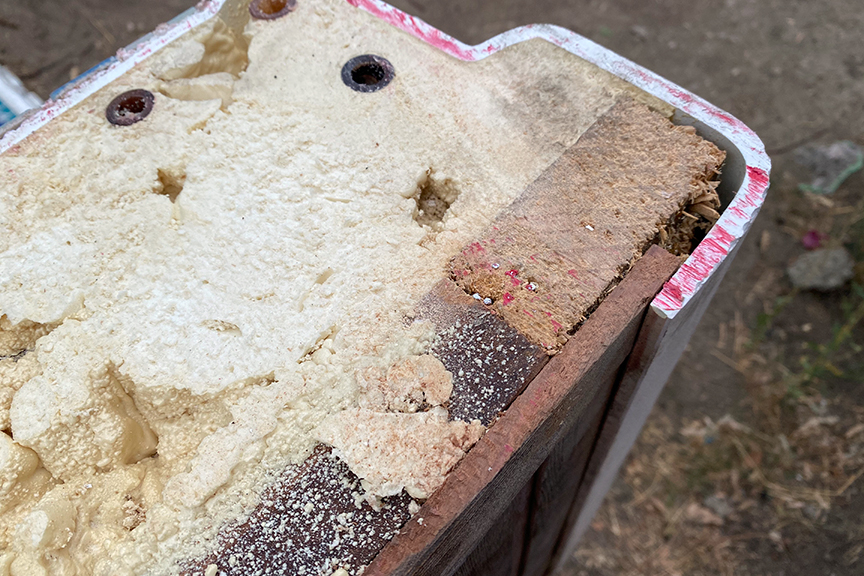 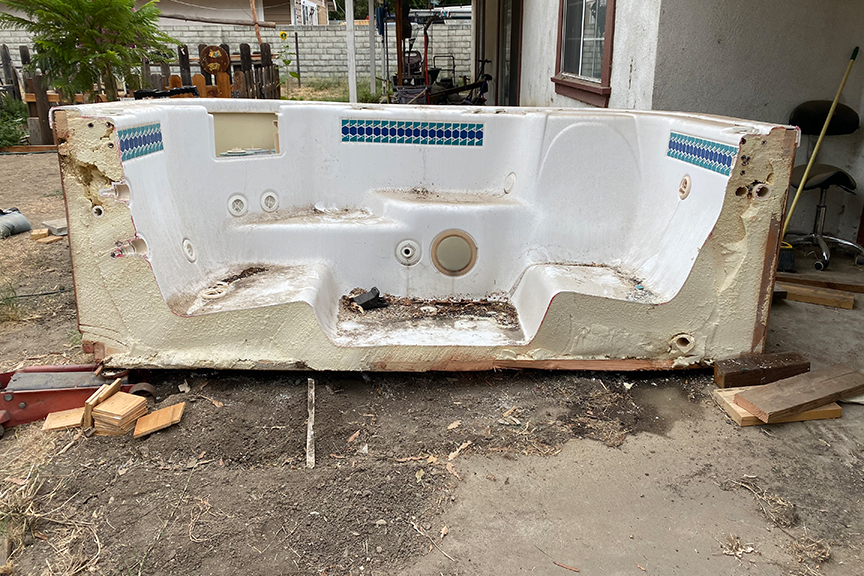 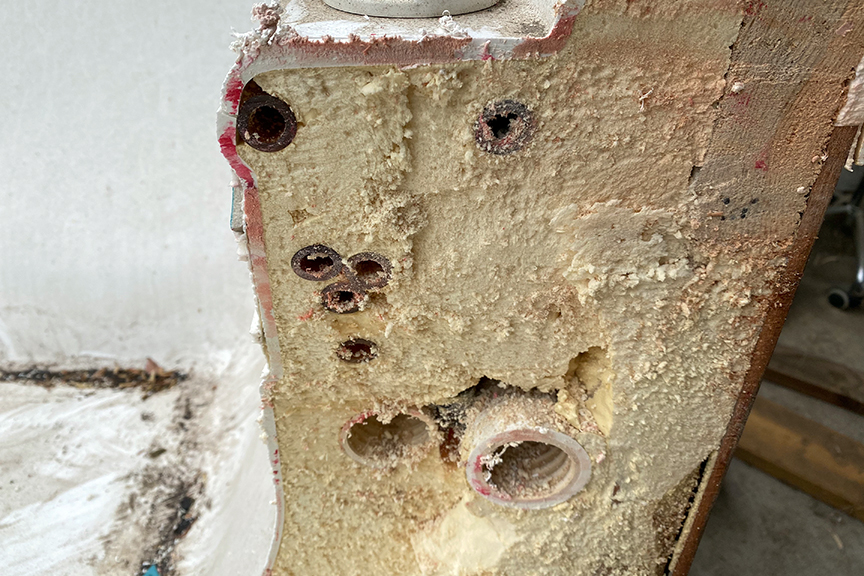 To begin with, the side wall of the spa is permanent. Pulling it apart is just going to create unrepairable damage to your spa, and the downhill spiral starts there until YOU end up cutting it in half and hauling it away.

it’s true, to some point, that if you had the wall open you might see the leak, if it’s a big enough leak! But before a leak becomes a big leak, it starts with little weeping areas where water is starting to escape. stopping those weeps now with regular preventative maintenance, is going to keep weeps from becoming leaks.

Leakshot is a scientifically proven method of applying a formulated mixture to areas where water is seeping and adhering that mixture to the places where the water is escaping. In short time, those little weeping areas self-seal and water loss stops. Your spa lasts a lifetime and you don’t fret over water loss, you just sit back and enjoy.

Leakshot can be applied every few months in a simple pour-in application. Remove the filter, set the spa to cycle and our in a bottle of Leakshot. Let it run over night and those areas where weeping might be taking place, the small spots you can’t see, will stop letting go of water and they will never become the big problem you can’t repair.

You spent a good deal of money to have the luxury of a spa on your property, don’t think you can become a mister-fix-it and start tearing it apart. You’ll just ruin your spa. Fix the problem before it becomes a big issue. Use leakShot regularly as a preventative maintenance and enjoy the spa you spent money to own.