Repaired A Pipe Under An Expensive Patio

My customer had installed a fairly amazing pool and spa retreat on their property last year. This involved decks, patios and landscaping that was installed for a good deal of effort and cost, and they did not want to dug up and expensive patio.

Some of the issues came when the spa revealed a drop in water. The spa is off to the side of the pool, but the plumbing for it joins under some landscaping and some very expensive patio designs. We were able to define the leak as being under, unfortunately, the patio. It wasn’t big, but it was leaking and needed repair. 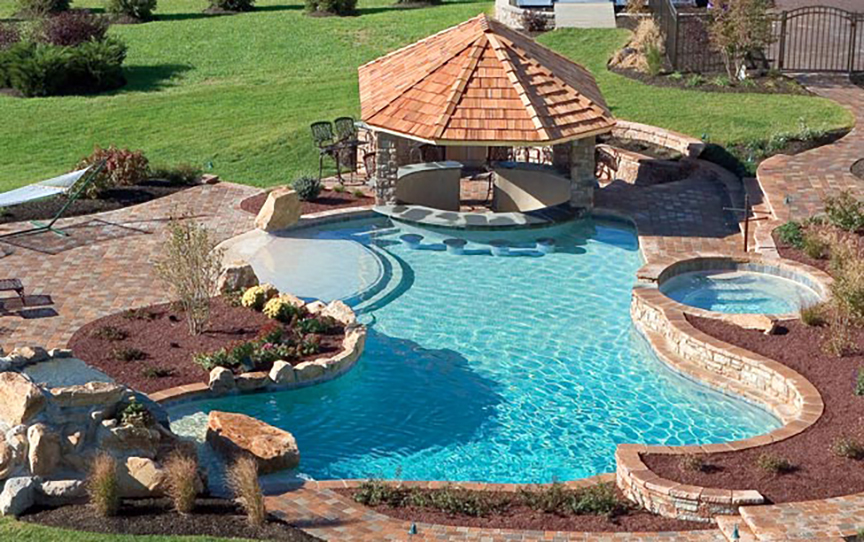 When I called PipeFuze, I was a little hesitant to believe that a fluid was going to seal a pipe permanently, after all, a pipe is plastic. It’s permanent; I wasn’t sure what a fluid could do. I watched some videos and called.

On the phone, Joe explained how the product works to seal the leak from inside the pipe. As he instructed, we first performed a pressure drop test and in fact, we were losing approximately 3 lbs. of pressure over a minute on the pipe. This was less than the recommended 5 lb. loss over 30 seconds so he felt it more than reasonable that the proper infusion of PipeFuze would give great results.

As a pool service repair company, we already own the pump and the hoses for getting the fluid to circulate through the pipe, so we bought a “refill kit” and gave it a try.

We ran the Part A fluid through the pipe for 2 hours as Joe recommended. After 2 hours, we performed a pressure drop test with 10 pounds of pressure and waited 15 minutes for a drop. We lost zero lbs of pressure and felt that the product had sealed the pipe. We added Part B of the fluid set, as instructed, vacated the pipe and put it back into service. That was in August 2020. We’re opening the pool again for the summer of 2021, and every drop of water is where it shoud be. The spa maintained it’s water throughout the Winter season, the pool is filled and hte system is running flawlessly without loss.

if you’re questioning that PipeFuze might work, stop questioning yourself and use it. The last thing you want to do is wreck a beautiful patio to repair something for thousands of dollars that you could have fixed for a few hundred bucks.

Thanks Joe and thanks PipeFuze.